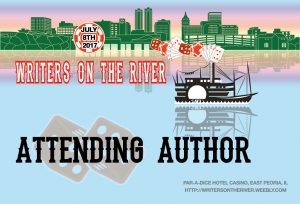 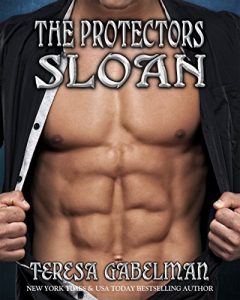 Not only does VC leader, Sloan Murphy, have to keep the peace between the human and vampire race, but he also wrangles VC Warriors in his spare time. It’s a job that could drive a saint insane, and Sloan is no saint, but insane he may be. While his Warriors find mates, he swears he will not follow in their footsteps.
Becky Spencer, his new secretary who he reluctantly employs, is set to threaten every stoic promise he’s made.
With an instant attraction that is hard to deny, she fits into his world with confident ease.
Even though Becky has sworn off men after her nasty divorce, she can’t help the desire the sexy and serious Sloan Murphy stirs in her. It isn’t until she sees how devoted he is to his job and the Warriors under his command, that her lusty feelings turn into more. Working in close quarters, they both fight the pull that grows with each passing minute.
Who will win, the secretary, the Warrior, or an attraction that just won’t go away?

I received a copy for a honest review

Sloan Murphy is the boss man of the VC Warriors as well as the oldest member of the vampire council. He does it all and if vampires could get high blood pressure and have heart attacks Sloan would be a prime candidate for both. Becky Spencer is Sloan’s new secretary that he really doesn’t want. She’s got a douche bag for a ex, a son in college that she loves, and is swearing off all men, good thing Sloan isn’t a man.
We get to see all of our favorite Warriors again; Sid and Jared are still smart asses, Damon and Duncan are still strong and true, Steve is still funny as hell and getting into trouble, Adam is still Adam, Jill is still throwing people through walls, Jax and Blaze are training the warrior wannabe’s, and Slade well he’s still my Dr. Hottie McVampire being all Dr. Buchanan.
Sloan really doesn’t want a mate, he’s too busy and he wasn’t ever supposed to find his, but he can’t stop thinking about Becky. It’s so funny watching Becky silently swearing herself off Sloan all the time when he does something to melt her panties.
Watching Sloan try to fight his feeling the she’s his mate is like watching a tree slowly fall, then BAM it happens!!
Since our last bad guy died in Jax’s book, Gableman has given us a new slimy bad guy with thugs of his very own who’s already done some damage and pissed off the Warriors!!
I love that Becky is tough and can stand up to the Warriors when she needed and that she’s has the same goofy since of humor that they do and can give it as good as they can. She fits the group and most of all she is exactly what Sloan needs.
What’s so great about Terese is all the while she’s writing about the main couple, she’s setting you up for the next one, with out letting the main couple down. The next book is gonna be awesome and I can’t wait!!!

Oh Sloan!!  I have been waiting for the boss man to fall and fall hard he did.  He TRIED to fight off the sassy redhead but he ended up falling head over heels, as we the reader did as well.

Sloan has been grumpy and moody in every book.  I mean I get it.  He is the boss and has a lot to run and control so love is not in the cards for him oooorrr so he thinks.  It’s not that he doesn’t WANT love but he knows he is moody, grumpy and busy so women don’t take kindly to being 2nd in line for his attention.

Becky is done with men.  After her failed marriage she is over men and going to switch teams…LOL then she gets this job with the VC Warriors as the boss’ secretary.  He is commanding and intense but super sexy.  The chemistry these two have in sooo well written.  They are joking and flirting but still keeping the whole boss/secretary thing going.  Mainly Sloan is pushing her away and she is hiding for fear of being rejected.

When they have their first kiss…..I was super excited and then watching Becky put him in his place…LOVED IT!  She is definitely perfect for Sloan.  All the Warriors, except for Sid because she also puts him in his place, love her as do their mates.

The buildup for the next book has me sooo excited for a few reasons….1 – new awesome bad guy. 2. -Blaze…need I say anymore???

I received a copy of this from the author for an honest review.

I have been waiting for the Boss man’s book. Sloan is not happy go lucky he has so much on his plate. He doesn’t have the luxury of letting his guard down and letting loose he has a vampire race to protect.  Sloan does not have time for anything but his job he defiantly doesn’t have time for a mate.

Becky is hired to be Sloan’s secretary to help him out. She has sworn off men after her divorce even contemplating switching teams. Sloan finds out quickly Becky is not a “Yes, Sir” kind of woman. She speaks her mind and stands up to anyone no matter which Warrior it is.

I enjoyed this one the chemistry between Becky and Sloan was off the charts. Watching them fight it and the banter between them was great. I loved the side stories of the trainees and Blaze *wink* *wink*. Let me just say Jax is my warrior but Blaze is right up there with him.  The new nemesis is going to cause so big issues for the warriors. I have to say I found myself laughing at times, wanting to throat punch some newbies.

I cannot wait for the next book to find out what is going to happen next and I have to know more of Blaze and also what’s going to happen with Steve. OMG Steve I see him getting into some major predicaments in the future. I have fallen in love with series it only grows and becomes so much more. I feel invested in the lives of the warriors and their mates. I want to know more about them all. 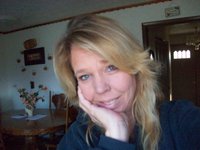 Teresa Gabelman is the New York Times and USA Today bestselling author of the ‘Protectors Series’. When not writing about sexy alpha vampires and the women who drive them crazy she can be found on a lake with a fishing pole/Kindle, at a MMA event or spending a fun evening with family.

Being a full-time writer has allowed Teresa to connect more with readers which is what she loves most about writing. If you find the time she would love to hear from you!