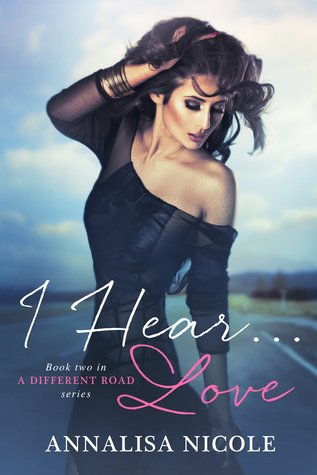 Kate Mason at twenty-three, feels as though she has lived through enough sorrow and pain to fill generations of lifetimes. On the outside, she wears a beautiful mask. On the inside, she’s a million, jagged, broken pieces. She blames herself, not only for her parent’s death, but for her brother’s blindness.

For Kate there is no hope of silencing the chaos in her head. There is no forgiveness for what she has done to her family, or herself. There will never be anyone to love her and her shattered past.

Cooper Sullivan recently moved to Malibu and was immediately adopted by a stray black lab he named Sadie. Cooper soon realizes there is something very special about Sadie when she is drawn to a beautiful woman, with a kaleidoscope of emotions that churn deep in her eyes.

Cooper sees Kate’s broken pieces scattered all around her, but he finds himself wanting to show her just how beautiful each piece is. Underneath her mask, he sees an even more beautiful woman, and he wants to help her put the broken pieces back together.

When you are broken you can never be fully put back together. There are always tiny slivers here and there that can never be replaced.

Can Kate finally silence the noise enough to forgive herself and hear the one thing she desires most?

I met this author at a signing in Houston.  We found out we had a mutual friend so I offered a review for her if she wanted.  She happily accepted and here we are.  I had no clue what the story was or anything I just said “send it to me” and BOOM it arrived on my Kindle the next day….

When the story actually begins Kate meets her neighbor Cooper and his dog Sadie.  Sadie can feel the loneliness radiating of Kate and they form a crazy bond.  Cooper is also along for the dog/human friendship but is curious about the sad but beautiful woman who lives so near.  Kate is a mess about what Cooper is asking from her so she puts it all out there.  She is ready for him to leave because when people find out the crazy train she has been on, that is what they do.  But Cooper won’t leave and in fact becomes more attracted to this strong and brave but broken woman. The story is them trying to find a way to work while Kate’s brother River is trying to stop the relationship from beginning.  Big Brother feels he knows what is best for his sister.

I liked the storyline of Kate’s past because suicide is a tough topic and something that people with depression deal with DAILY.  There is never a “you’re cured” button to give to someone.  I liked the introduction of the Semi Colon tattoo and what Kate tells Cooper it means.  With as heavy as the subject matter of the storyline was, I, the reader, did wish for a bigger emotional attachment.  For me the writing didn’t go near as “heavy” as I would have liked to see it go.

Cooper is a great guy but at times I felt his character was a little off.  He is super sweet and kind but when he goes a bit alpha, in regards to River demanding they stop seeing each other, it seemed off and out of character for him.

The story also seems to have a lot of side story lines that kind of muddle up the main storyline.  I think that those story lines thrown in took away from my reading enjoyment of the main couple.

International Bestselling Author Annalisa Nicole is an “Indie” Adult Contemporary Romance author. She’s been married to her husband since 1996 where she enjoys being a stay-at-home mom to their two teenage boys. She was born and raised in Michigan, but currently lives in California.
She published her debut novel Take A Chance in October of 2013.