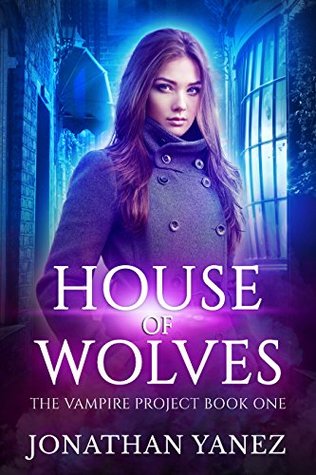 History was wrong: werewolves and vampires were made, not born. Buckle up, Buttercup, this is going to get bloody.

Despite her youth, Captain Charlotte Sloan has risen rapidly through the ranks of the queen’s army due to one simple truth; she doesn’t take lip from anyone.

But she’s about to come up against something she can’t beat alone. Gruesome murders have been reported in a far off town. A beast of unknown origin is on the loose and the body count is rising.

If she hopes to survive, Sloan will have to play nice with an assassin well versed in drinking and the best two magicians money can’t buy. When the dust settles, one will die, one will find love, and another will be changed forever.

An intriguing paranormal, steampunk, supernatural story! I had to read this as soon as I read the first line of the synopsis.

House of Wolves is a quick and fun read with plenty of surprising twists that pop out of nowhere. The queen of New Hope dispatches Sloan (the captain of her personal guard) Aereth (former inspector and assassin) and Marcus and Jack (father and son sorcerers) to help the outlying city of Burrow Den. Burrow Den has had multiple attacks by an unknown animal/monster. The queen is trying to build good relationships with the outlying cities and has agreed to help. She sends the four out on this quest . Little did they know, there is so much more going on. They are almost assassinated, they crash their transportation, and find all kinds of quirks and craziness along the way and when they arrive at Burrow Den. Now they need to find the culprit. Animal or human? Who and what is going on?

The world building was interesting to follow. The way it is described leaves a little to the imagination but this is really great because in my mind I had several different ways it could all be set up. When I read the synopsis I thought I would be following Sloan, and only Sloan. It is a little misleading. We follow the entire group and the story is told from all of their points of view. I feel like this book is a cross between Steampunk and Supernatural. Not at all like the technology that we have but they have magic powered tech too. This was a fun book to read. Truly unique. And the investigating that the group do will keep you right in the middle of the story. This is the first book that I have read by Jonathan Yanez and won’t be the last. I am looking forward to the next! 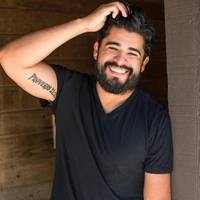 Jonathan Yanez is the author of over a dozen fantasy and science fiction novels. His works include, The Elite Series, The Nephilim Chronicles, Thrive, Bad Land, Steam and Shadows and The DeCadia Code. He has been both traditionally and independently published with his works being adapted into; ebook, print, audiobook and even optioned for film.

Although writing has been and will always be his main love, physical exercise comes in at a close second. When he’s not writing his next novel that more than likely includes some kind of zombie, superhero, angel or alternative steampunk universe he enjoys running with his Husky and working out at the gym.

His hobbies include archery, mud runs, collecting the skulls of his enemies and baking cupcakes. He lives in Southern California with his wife and two pets where he stays highly caffeinated 24/7.

If you would like to know more about his upcoming series including release dates and insider information you can visit him at www.jonathan-yanez.com and join his readers group. You’ll also receive his dystopian/survival novel, Thrive, for free when you join!(