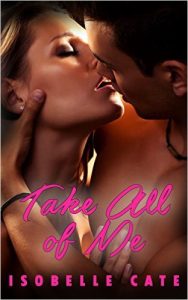 Nothing goes according to plan.

Everything goes according to the heart.

Oliver Cray was sent to Texas to capture Denholm Holbrook, a job he thought would be easy as long as he did everything by the book and stuck to protocol. Protocol dictated that a family should be informed of someone’s death through the proper channels.

Oliver breaks protocol for one reason: Felicity Holbrook.
The first time he saw her, he wanted her.
The moment he touched her, he vowed to protect her.
But he carries a secret that can destroy whatever chance he has with her.

Felicity knows that Oliver is dangerous, not just because of what he does, but because she knows he can break her heart. Knowing that nothing can come out of a relationship with him, she avoids him. Problem is, events keep conspiring to keep them together until tragedy tears them apart.

Amidst the backdrop of death and danger, Oliver and Felicity must learn to be strong and to learn to forgive if they want to have a chance at a life together.

Received a copy for a honest review

Omg!! This has to be my favorite book of the series!! We met Oliver Cray and Felicity Holbrook in back in book one. Felicity is Luke’s little sister that has been disowned my her mother and their father and Oliver is the agent that brought her drug dealing father in and then then dealt with him when he escaped in book 2.
Neither has been unable to stop thinking of the other since they first met, but Oliver doesn’t do relationships especially with “rich girls”, and Felicity has been hurt before so she herself stays clear too.
These two together are HOT!! Between a disgruntled drug lord trying to kill her and his jealous boss they find a way to come together and make it work.
There’s lots of action, in and out of the bedroom, and it keeps you on your toes.
Oliver and Felicity are what the other needs. For her, he is the man that’s going to stay, that she can give her heart to and he sees her for her and not her family. For him, she is the person that he can depend on, that regardless of her place in society she loves him.
Love these two so much, and it doesn’t hurt that every time Oliver talks all I can see is Tom Hardy!! Lol 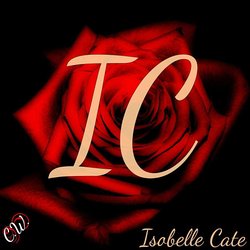 Isobelle Cate is a woman who wears different masks. Mother-writer, wife-professional, scholar-novelist. Currently living in Manchester, she has been drawn to the little known, the secret stories, about the people and the nations: the English, the Irish, the Scots, the Welsh, and those who are now part of these nations whatever their origins. Her vision and passion are fuelled by her interest and background in history and paradoxically, shaped by growing up in a clan steeped in lore, loyalty, and legend.

Isobelle is intrigued by forces that simmer beneath the surface of these cultures, the hidden passions, unsaid desires, and yearnings unfulfilled.