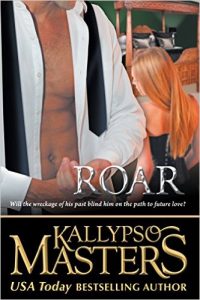 As Pamela shines light once more into the dark corners of his life, Kristoffer finds himself struggling between remaining in his safe and lonely world or emotionally opening himself up to a vibrant woman, who asks for nothing more than he’s able to give. Guiding her in mind-training exercises to prepare her for some future Dom, Kristoffer finds his body awakening as well. Will Kristoffer be able to close the door to his past and open his heart to the ginger-haired sprite who makes him question everything he once believed?

ROAR is a standalone novel that has some familiar secondary characters from Rescue Me Saga, but the main characters are new. You don’t have to read the series to fully enjoy this book.

The things you will need to get through this book are: tissues, wine, and ice cream. Oh, and tell your family they’re on their own until you finish!!!

Roar is a standalone, but its characters are side characters from Kallypso’s Rescue Me Saga.
Kristoffer Roar Larson, is financial adviser to his cousin Gunner. After tragedy struck his marriage his life has been home, work, and the facility that takes care of his beloved wife.
Pamela Jeffrey, is a surgeon who goes to other countries to help in war torn areas.
She also is a Alpha sub trying to find her way.
Working together on a project for Gunner they spend more time together and get to know each other.
By spending more time together they learn that Kristoffer is the Dom to help Pamela learn more about herself as a sub and he gets to be the Dom he once was.
This is by no means a ménage story.
While Kristoffer still loves his wife, by getting to know more about Pamela as they work together he learns that he can live again since his wife Tori isn’t coming back to him, he’s just got to come to grips with the guilt he fills.
Pamela knows, as a Dr and as a woman, that Kristoffer isn’t going to leave his wife but she can love him and help him deal with the way he feels about finally getting on with is life.
Omg, the way that Kristoffer loves Tori is so heartbreaking and the way the Pamela helps deal with him and love him during Tori’s rough times is wonderful.
I cried sooo many tears during this its not funny. These three people are just beautiful inside and out. Watching Pamela come into her own as a sub, Kristoffer returning to the land of the living, and the to of them with Tori is breathtaking.
Even if you’ve not read any of the Rescue Me Saga, you have to read this story!!!!!
If this were s the first Kallypso Masters book you read, you will be hooked and have to read the rest!! 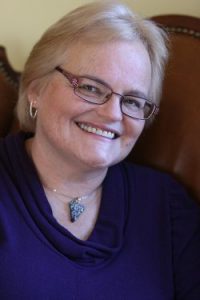 Kallypso Masters writes emotional, realistic Romance novels with dominant males (for the most part) and the strong women who can bring them to their knees. She also has brought many readers to their knees–having them experience the stories right along with her characters in the Rescue Me Saga. Kally knows that Happily Ever After takes maintenance, so her couples don’t solve all their problems and disappear at “the end” of their Romance, but will continue to work on real problems in their relationships in later books in the saga.

Kally has been writing full-time since May 2011, having quit her “day job” the month before. She lives in rural Kentucky and has been married for almost 32 years to the man who provided her own Happily Ever After. They have two adult children, one adorable grandson, and a rescued dog.