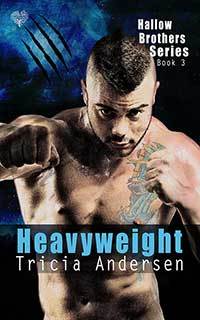 Samuel Hallow is desperately in love. However, he knows his family won’t condone his relationship with his boyfriend, Henry. The brothers mate for life and neither man has had the mystical tattoo appear that binds them to the one chosen for them.

Delilah, Henry’s lifelong friend, comes to town and Samuel is consumed with unexplained lust. He and Henry both sleep with her and the tattoo appears on all three of them, marking the trio as mates for eternity. He nearly loses the others when he confesses his true nature – that he, like his six brothers, are werewolves. Although Delilah and Henry are angry and obsessed with their careers, they can’t stay out of his bed.

Can he protect his lovers from the vampires who hunt them, who want to use them to get possession of Momma Hallow’s ancient amulet? And will the Hallow Brothers stand united when they discover that Henry, the man Samuel loves, embodies an ancient evil magic, hell bent on conquering the world?

This book is complete blissful madness! SAM!!!!  I absolutely love his story. He is a big bad wolf with a super sweet side that no one really knows about….except for Henry!!! While hiding his true feelings from his family he is faced with a fight that he really has to get ready for. Leroy has brought on new partners for the promotions and they are all rubbing the Hallows the wrong way. In the meantime Sam continues to see Henry but is getting very frustrated as the fates won’t allow him to keep Henry forever as a mate. The tension is getting high because two of his other brothers have mated….now it is only a matter of time. But Dee comes into the picture and Boom! We have a trio of mates! Now to explain this to the family, lol! As the story unfolds we find that there is a lot more to Momma Hallow’s amulet and that there are others that are after it. Henry ends up having an evil magic in his blood that he and the brothers didn’t know about. There are more murders and they are getting closer and closer to home. Just when I didn’t think you could put another twist into the storyline the author does an amazing job of shoving one right in your face! This is truly an amazing series with LOTS of stuff going on so there is NEVER a dull moment. It’s an absolute page turner and I cannot wait to get into Josiah’s story next and find out about this magic that consumes Henry, and more about the amulet, and more about the vampires….what I am saying here is that there is so much more going on that going on to the next story right away is a must! I promise, you will love the Hallow brothers as much as I do! 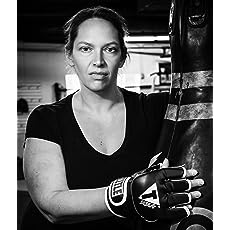 Tricia Andersen lives in Iowa with her husband and her three children. She graduated from the University of Iowa with a Bachelor of Arts in English and from Kirkwood Community College with an Associate of Arts degree in Communications Media/Public Relations.
For the past five years, Tricia has been a member of Hard Drive Performance Center in Cedar Rapids, Iowa, an affiliate of Roufusport in Milwaukee, Wisconsin. She has experience in kickboxing and currently trains in Brazilian Jiu Jitsu. Even though she has never competed in an MMA cage, she’s witnessed and been a part of a fighter’s journey from fight camp to their walk to the cage. She also has competed in jiu jitsu.