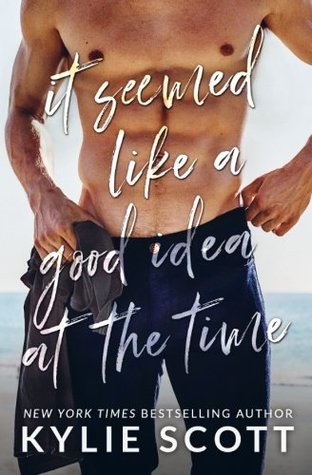 Returning home for her father’s wedding was never going to be easy for Adele. If being sent away at eighteen hadn’t been bad enough, the mess she left behind when she made a pass at her dad’s business partner sure was.

Fifteen years older than her, Pete had been her crush for as long as she could remember. But she’d misread the situation—confusing friendliness for undying love. Awkward. Add her father to the misunderstanding, and Pete had been left with a broken nose and a business on the edge of ruin. The man had to be just as glad as everyone else when she left town.

Seven years on, things are different. Adele is no longer a kid, but a fully grown adult more than capable of getting through the wedding and being polite. But all it takes is seeing him again to bring back all those old feelings.

Sometimes first loves are the truest.

So I know people are calling this a taboo relationship and I guess maybe 15 years older is Taboo but our heroine is 18 years old soooo I didn’t see much wrong there.  I thought the taboo element was making a pass at your dads business associate…LOL  now THAT is a bit of a bad decision!!  The heart wants what the heart wants thought right???  ANND Adele wants Pete.

After Adele’s little slip up, we see her 7 years later and at her dad’s wedding.  FYI her dad was a scream.  He was so funny as was his new bride.  Great secondary characters for the story.    The complex relationship between Adele and Pete is explained in current and flashback scenes.  We see Pete dragging his feet at being with Adele at the same time wanting to be with her.  I seriously wanted to throat punch him a time or two.  The characters are so in their own heads that they are what cause so much heart ache and despair for themselves.

The story was well written and made you hurt for them both while also wanting to slap them upside the heads .