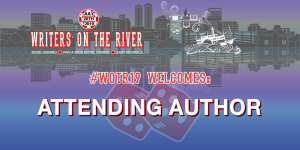 From Vivian Ward comes a story of pleasure, lies, lust, and love.

He must have her—all of her.
And she must write a story that will blow her career wide open.

Colton tries to keep his sadistic needs to himself but the young, beautiful journalist is far too tempting. He doesn’t know she’s collecting information to publish his dirty laundry. She doesn’t know how dirty things are about to get.

Will they both get what they want? Or is it too much of a risky gamble?

****WARNING: This book contains sexually explicit content that some may find offensive or disturbing. This is the MILDEST book in the series. You have been warned.****

While Allison Hart is busy trying to restore her life to what it was before she met Colton Kaswell, he still dominates her thoughts and actions. She no longer wants any part of his world, but with the promise of a new arrangement, Ally finds herself drawn back into Colton’s dark web.

As she begins to realize that his risky pleasures are as sadistic as he promised, she tries to escape him but he won’t let her go. She’s signed herself over to the devil who must work through his own demons, and now Ally is confronted with the ghosts of his past.

The pair must find strengths within each other to protect one another, otherwise, it will lose everything.

Risky Pleasures is book two in a sexy new series by Vivian Ward where secrets, sex, and money threatens to rip everything apart.

From Vivian Ward comes the final installment of the Risky series.

When Ally first met billionaire Colton Kaswell, she saw an opportunity to further her career as a journalist and never dreamed the two of them could fall for each other. While the couple runs from their past, the present is quickly catching up as it threatens to destroy everything around them.

Lust brought them together, lies tore them apart. Will love give them the strength they both need to face those who are out to harm them?

Vivian Ward is a romance author from St. Louis, Missouri. She pens dark and dirty stories about alpha heroes and strong heroines with emotional HEAs. Vivian is happily married to her real-life Prince Charming who is also her best friend. One of her guilty pleasures is reading and writing smut while indulging in chocolate caramel candies.