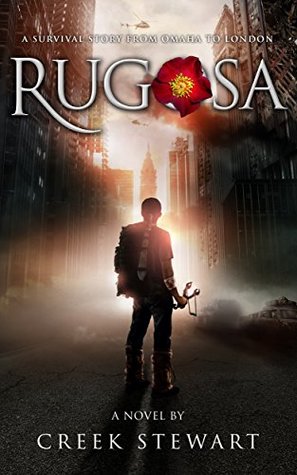 Follow Omaha on his survival journey to save the one girl he can’t survive without.

America doesn’t exist – at least not as most remember it.  The decision to trade insurmountable debt for sovereignty has led to an oppressive rule by the World Union Government (WUG).  Cities are being destroyed and stripped of resources.  Citizens are being captured and forced into labor camps. Until now, Omaha, age 17, has been able to avoid the WUG’s reach by homesteading with his mom and sister in the mountains of West Virginia.  But when a WUG General gets between him and his childhood sweetheart, London, Omaha must face the reality of this new world once and for all.

When London moved away two years ago, it was the saddest day in Omaha’s life.  He’s loved her for as long as he can remember and now faces nearly impossible circumstances.  Just a young man himself, he is doing everything he can to provide for his mom and sister in an increasingly unstable world.   Now, he must leave them and make the dangerous 400 mile journey across hostile lands to save the one person he can’t survive without.

Omaha grew up in Boy Scouts and spent his childhood learning timeless survival skills from his father and American Indian grandfather.  Now, with both mentors gone, he must call upon those skills if he has any hope of surviving the gauntlet ahead.  Armed with only a backpack of survival supplies, a sling shot, and his grandfather’s machete, this journey will test every aspect of Omaha:  his physical and mental strength, his faith in humanity, his own will to survive, and the one thing he thought would never falter – his love for London.

Very intriguing read. I am a fan of the dystopian genre. I wasn’t really sure what to expect with this story coming from a survivalist. I was pleasantly surprised! The beginning moved a little slow for me but was needed to get the world building right. Basically Omaha has been taking care of his mother and younger sister after the collapse. They are very low key and try and stay off of the radar from the WUG. Things turn for the worst and Omaha needs to go to the city to save London. This is where it got intense for me. Going with Omaha on this journey to save his friend truly puts him to the limit. He comes across many different people and situations that most people would never experience in their life. Once the trip starts for Omaha he is truly tested. It’s fast paced and lots of action at this time…and it doesn’t stop until the very end. I found this to be a very intriguing coming of age type story. I am looking forward to a sequel. Crossing my fingers! 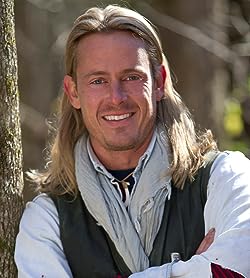 Creek Stewart is a survival skills instructor and author based in Central Indiana.  He is the author of six previous non-fiction survival guides which can be found anywhere books are sold.  Learn more about Creek and his work at http://www.creekstewart.com or http://www.facebook.com/creekstewart