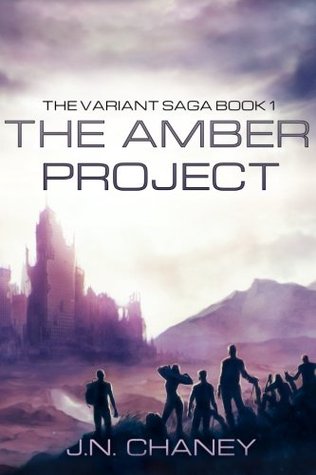 In 2157, a mysterious gas known as Variant spreads across the globe, killing or mutating most organic life. The surviving humans take refuge in an underground city, determined to return home. But after generations of failures and botched attempts, hope is beginning to dwindle. That is, until a young scientist makes a unique discovery—and everything changes. Suddenly, there’s reason to hope again, and it rests within a group of genetically engineered children that are both human and Variant.

Terry is one of these children, modified and trained to endure the harsh conditions of a planet he cannot begin to understand. After years of preparation, Terry thinks he knows what to expect. But the reality is far stranger than anything he can imagine—and what he will become is far more dangerous.

Holy dystopia! The Amber Project is a great dystopian journey. This is a genre I love to read and sometimes get a little iffy on how much it will differ from others in the same genre. The author sets the setting so that you are right there. The characters all feel incredibly real. You will connect with them very quickly. Humans are trying to keep their race going while living underground. The earth has been destroyed by the gas, Variant. During the entire story you are given snippets of audio recording from past and present regarding Variant and the various experiments the scientists and the military have been working on. During all of this you live and feel what the genetically altered kids are going through. You see why and how they are taken from their homes and sent to a place where they are trained like soldiers. And finally you experience the changes that they face internally and externally. They are forced to go to the surface for a mission. Many things are unknown and very dangerous. The journey they take and the uprisings going on below the surface are sure to keep you stuck on the story. The ending is very well written. It’s enough to wrap up this story but more than enough to keep you waiting on pins and needles for the next. This is my first story by JN Chaney and absolutely, under no circumstances, be the last. Well done! 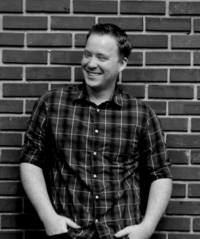 Get a FREE book from the author right here: http://jnchaney.com/stay-up-to-date/

JN Chaney is the author of the Variant Saga and several other books. He gets his kicks from playing Mario, watching old movies, and going for long hikes. He loves chatting with his readers, who are consistently awesome in all the best ways.

Chaney moves around a lot, but right now he’s in Florida, living in an isolated bunker waiting out the inevitable zombie apocalypse that’s sure to get us all.

The Variant Saga – follow a group of genetically engineered children as they struggle to survive in a desolate future where humanity is on the verge of extinction and a new age has already dawned.

The Other Side of Nowhere – A collection of strange tales, each focusing on a completely different concept. Between werejackals in Africa, the first sentient AI, and a Georgian farmer who transcends reality, this bundle of stories will keep you on the edge.

Their Solitary Way – The story of Genesis like you’ve never seen it. Adam Kadmon is the captain of the Eden, a colony ship escaping a dying world. He and his fellow survivors must find a new home, and quick, if they hope to give humanity the second chance it so desperately needs.