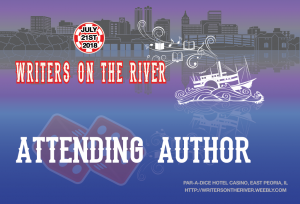 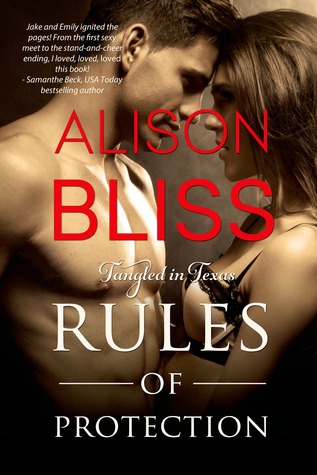 It’s rule breaker Emily Foster’s birthday, and like everyone at The Jungle Room, she just wants to get some action. Unfortunately, she stumbles on the wrong kind, witnessing a mob hit. To protect her, she’s entered into the Witness Protection Program with by-the-book Special Agent Jake Ward as her chaperone.

When the location of their safe house is compromised, Jake stashes Emily deep in the Texas backwoods. The city-girl might be safe from the Mafia, but she has to contend with a psychotic rooster, a narcoleptic dog, crazy cowboys, and the danger of losing her heart to the one man she can’t have.

Jake’s as hot as he is infuriating, and she can’t help but push all his buttons to loosen him up. Their mutual, sizzling sexual attraction poses a dilemma: Jake’s determined to keep her safe and out of the wrong hands; she’s determined to get into the right ones—his.

Each book in the Tangled in Texas series is a standalone, full-length story that can be enjoyed out of order.
Series Order:
Book #1 Rules of Protection
Book #2 Playing With Fire

Oh holy hell! I am going to try and put into words, ever so graciously, what this book did to me. This story had me giving an eye roll at the beginning to the slimy freak that was hitting on Emily, to fanning myself and laughing at the kiss and arrogance of Jake who is trying to help Emily out with the slimeball, then squirming in my seat yelling “RUN!” to Emily when she witnesses a brutal murder. THIS ALL HAPPENED AT THE VERY BEGINNING! What a way to start a story! I was stuck at this point. Very invested and couldn’t put this book down. Turns out Jake works for the FBI and is trying to take this murderer down but now has to save Emily and put her in witness protection for her safety. These two are both hawt and absolutely attracted to each other but no matter what, things go from bad to worse. There is a leak and the safe house has been compromised. Jake goes “rogue” and takes Emily to stay with his family in the boonies in Texas. The angst between these two is INTENSE! Jake has morals and the job comes first but Emily is slowly wearing him down. As with most stories our two main characters carry a ton of baggage. Emily has her reasons and is very stubborn and always a live in the moment type of person. She goes for what she wants and when she wants it. And if it doesn’t pan out she moves on. This personality really bumps heads with Jake who is very rule oriented and very by the book trying to protect her. As with most relationships when we argue things are said that we don’t necessarily mean but these two are under so much stress with all the craziness that is going on that things get crazy between the two. She is super stubborn and just wants to go back to the way things were before the murder but Jake is realistic and has to push her back to make her see reason. These two are constantly going back and forth getting under each other skins and trying to get into bed with one another. And all of the supporting characters from Emily’s friends Dale and Gina to Jake’s aunt and uncle and all of his childhood friends makes for an super funny and super eventful story. I absolutely recommend Tangled in Texas to everyone and am looking forward to reading the second. Alison Bliss is a new author to me and I am tangled up this story! 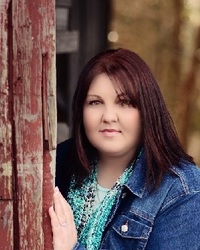 Alison Bliss is a best-selling, award-winning author of humorous, contemporary romances. A born and raised Texan, she currently resides in the Midwest with her husband, two kids, and their dogs. As the youngest of five girls, she has never turned down a challenge or been called by the right name. Alison believes the best way to find out if someone is your soul mate is by canoeing with them because if you both make it back alive, it’s obviously meant to be. She writes the type of books she loves to read most: fun, steamy love stories with heart, heat, and laughter. Something she likes to call, “Romance…with a sense of humor.”